There are 5 distinct regions as shown on the County Distribution Map along with the two Rural Tank Loaders.

The Halkirk Reservoir feeds the Village of Halkirk and the Halkirk North Waterline.

Coronation Reservoir feeds the Town of Coronation, residents along Secondary Highway 872, and the Hamlet of Brownfield.

The Brownfield Transmission Line and the Brownfield Truck Fill are owned by the Shirley McClellan Regional Water Services Commission, but the responsibility of the rural residents on Secondary Highway 872 is the County’s. 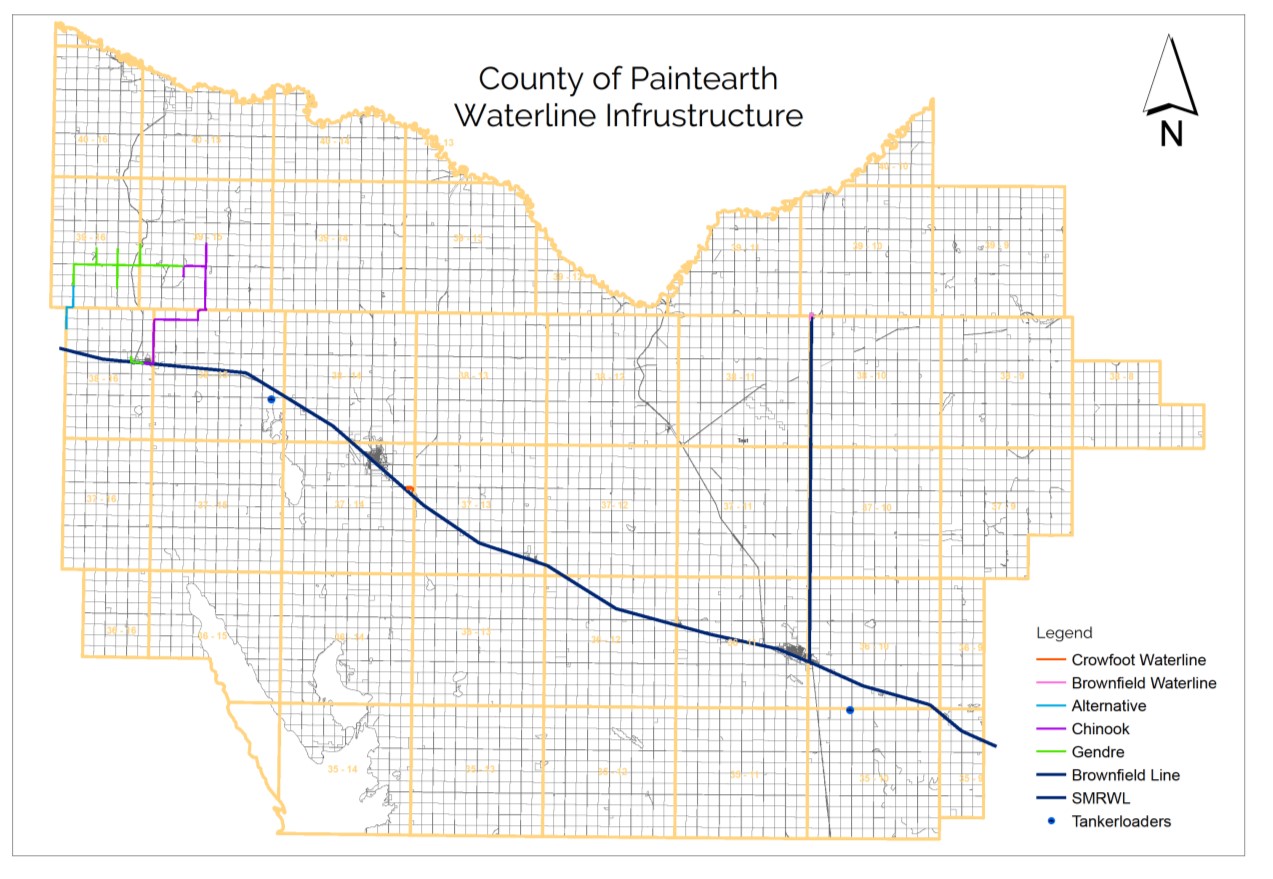 Copyright 2013 County of Paintearth
Back to Top